Armagh Gaol, first constructed in the 1780s and much extended in the 1840s, is a typical Victorian prison in form, with a long austere frontage facing The Mall and, to the rear, two wings (‘A’ and ‘B’) radiating from a central corridor block. It served as Northern Ireland’s only female prison during ‘the Troubles’ until its closure in 1986 (when all prisoners were transferred to Maghaberry Prison).

The number of female political prisoners grew from 2 in 1971 to more than 100 between 1972 and 1976.  Due to the growing prison population in the early years of the conflict, Armagh Gaol also housed some male internees and remand prisoners up until 1973. As a result of the overcrowded conditions, female prisoners often had to live two to a cell during the early 1970s. And a third ‘C’ wing was added in 1975 (but has since been demolished).

Out of Order: The Political Imprisonment of Women in Northern Ireland, 1972-1999 (Devon: Willan Publishing)

‘Memory, Place and Gender - Armagh Stories: Voices from the Gaol’ in Memory Studies, 1.14.

A Kind of Sisterhood (documentary film)

In the Footsteps of Anne: stories of republican women ex-prisoners. Beyond the Pale.

Tell Them Everything: A sojourn in the prison of Her Majesty Elizabeth II at Ard Macha, Pluto Press

“I was eventually left on my own”

Watch the clip of Jackie. Why did she want the prison to be segregated?

“The girls in Armagh hadn’t got anybody older to advise them.”

“The OC kept this place running better than a governor could”

Watch the clips of Angela, Cate and Evelyn. Why do you think a military-like structure was utilised by the republican prisoners?

This is the circle where we were detailed

This place here at one time was very very busy

Watch the clip of William. List all the people who would have had a connection with Armagh Gaol during ‘the Troubles’.

Watch the clip of Jenny and Pat. How do you think outside tutors experienced this environment?

Armagh Stories: Voices from the Gaol 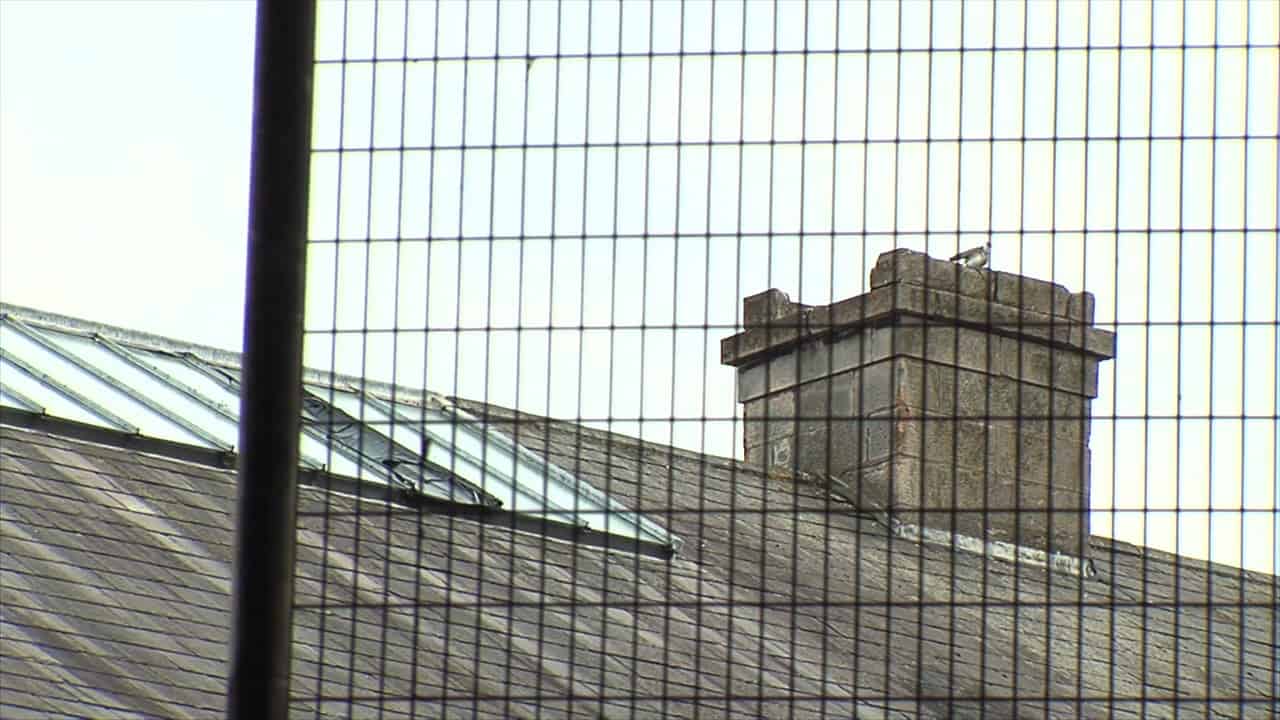 01.
How useful is the clip of Cate and Evelyn for an historian studying the experience of female prisoners in Armagh Gaol during ‘the Troubles’? Explain your answer, using the clip and your contextual knowledge.

02.
How useful is the clip of Jackie for an historian studying the experience of female prisoners in Armagh Gaol during ‘the Troubles’? Explain your answer, using the clip and your contextual knowledge.

This website uses cookies to improve your experience while you navigate through the website. Out of these cookies, the cookies that are categorized as necessary are stored on your browser as they are essential for the working of basic functionalities of the website. We also use third-party cookies that help us analyze and understand how you use this website. These cookies will be stored in your browser only with your consent. You also have the option to opt-out of these cookies. But opting out of some of these cookies may have an effect on your browsing experience.
Necessary Always Enabled
Necessary cookies are absolutely essential for the website to function properly. This category only includes cookies that ensures basic functionalities and security features of the website. These cookies do not store any personal information.
Non-necessary
Any cookies that may not be particularly necessary for the website to function and is used specifically to collect user personal data via analytics, ads, other embedded contents are termed as non-necessary cookies. It is mandatory to procure user consent prior to running these cookies on your website.
SAVE & ACCEPT
Transcript

I chose not to come out of my cell. There was 23, it was very intimidating. You couldn’t have walked down the wing, I mean if you’d walked down the wing they were sitting out like this, and the feet was up, you know you couldn’t get past. You know, this is the way they sat, with their chairs. Obviously they brought a chair out and they put the feet up. If you’d had to walk down the wing you were talking about five or six people and… But I had a prison officer on me all the time, got guarantees, ‘you’ll be ok, you’re be alright, we’ll watch you.’ But…mental torture’s just not…you just can’t explain. And women are more bitchy than men. I mean sitting in the television room alone, I never went into the tv room, it was so intimidating. And your meals was served down that bottom, your meals was brought up on a hot, on a hot plate, down at the very bottom, here, the meals was served. And at one time republicans served us the meals so we refused then to take the meals off the republican prisoners, so they didn’t like it. So then the prison officers started serving the food. So I was eventually left on my own then, it just got worse. So I just refused to come out of my cell and I refused to take any meals. And I couldn’t understand why they wouldn’t move me to B wing knowing there was other Protestant prisoners on that wing that… and the only explanation I could come up with was because if they moved me then this A2 wing would have had total segregation of all Catholic prisoners, and that was the only reason I could find that they wouldn’t move me

In Long Kesh or Crumlin Road Gaol you would have had older men there who had experience of being in in the 40s and the 50s, in prison, so they knew what the regime would be and how to handle and would have given advice to younger prisoners. But the girls in Armagh hadn’t got anybody older to advise them. So when Eileen came in she realised there would need to be some form of military structure put in place to keep discipline within the wing. Because, well, we were all young and you needed some form of discipline to keep you under control. So she became the OC of Armagh Gaol.

The OC kept this place running better than a governor could have kept it running. And nobody done anything without the ok of the OC, didn’t matter what the governor said, it didn’t matter what a screw said, if the OC gave you a nod, you done it. Didn’t matter what they told you. But then you got when you were up here they knew not to even ask you to do anything. This was our wing and we run it our way. Everything was laid down like the law. There was a set of rules made by the OC and we kept them, the rules, and that was it. And it went smoothly and everyone had their own thing to do, their own classes to do. Nobody was allowed to loiter about or sit about doing nothing. Ok, you could have had your relaxation time. But other than that, you had to do education somewhere along the line.

This is the circle where we were detailed. Maybe you’ve got all this, have you Deirdre? We would have come in here in the morning. This was the chief officer’s office in here. And we would have stood here, and we would have been called to attention and, you know, inspected, and then detailed as to where we were going to work: A wing, B wing or C wing. C wing was special category prisoners at that time, which had been phased out from 1976. Over here is the annex where the men were kept. We had men came here from the Crumlin Road, who would have been near finished their time. They didn’t get any visits but they got home every other weekend. So they were kept in here. We had…they did the cleaning, kept the place… there would have been cleaning here, worked in the kitchen.

When Armagh prison was at its height, this was a hub, this was a centre of activity, cos you’d hundreds of prisoners, hundreds of prison officers, you’d maintenance people, sub-contractors, you know, coming and going, you’d people going to courts, you’d visitors coming in. So this place here at one time was very very busy, you know, it was like a big supermarket so it was. And it employed a lot of people, between the prison officers being employed as prisoner officers, and plus the offshoot, like the food companies, the transport companies and all that there. So this employed a lot of people, both inside the prison and outside the prison. And as I say, it was very very busy. So although its dead now and very quiet, this was your centre of activity. As in most prisons, the central part is where everything goes through

[P] I don’t think I probably looked much to left or to right or to up or to down. Because I just didn’t know where I was going. And of course nobody, nobody explained to you, you know the way nowadays everything you do or everywhere you go, people say ‘now this is going to happen and that’s going to happen’. Nobody actually. You come in and you think: I really don’t know where I’m going now

[P] And you really had to have your teaching notes. Because by the time you got to the teaching room…

[J] You were such a wreck

[P] Completely away with it.